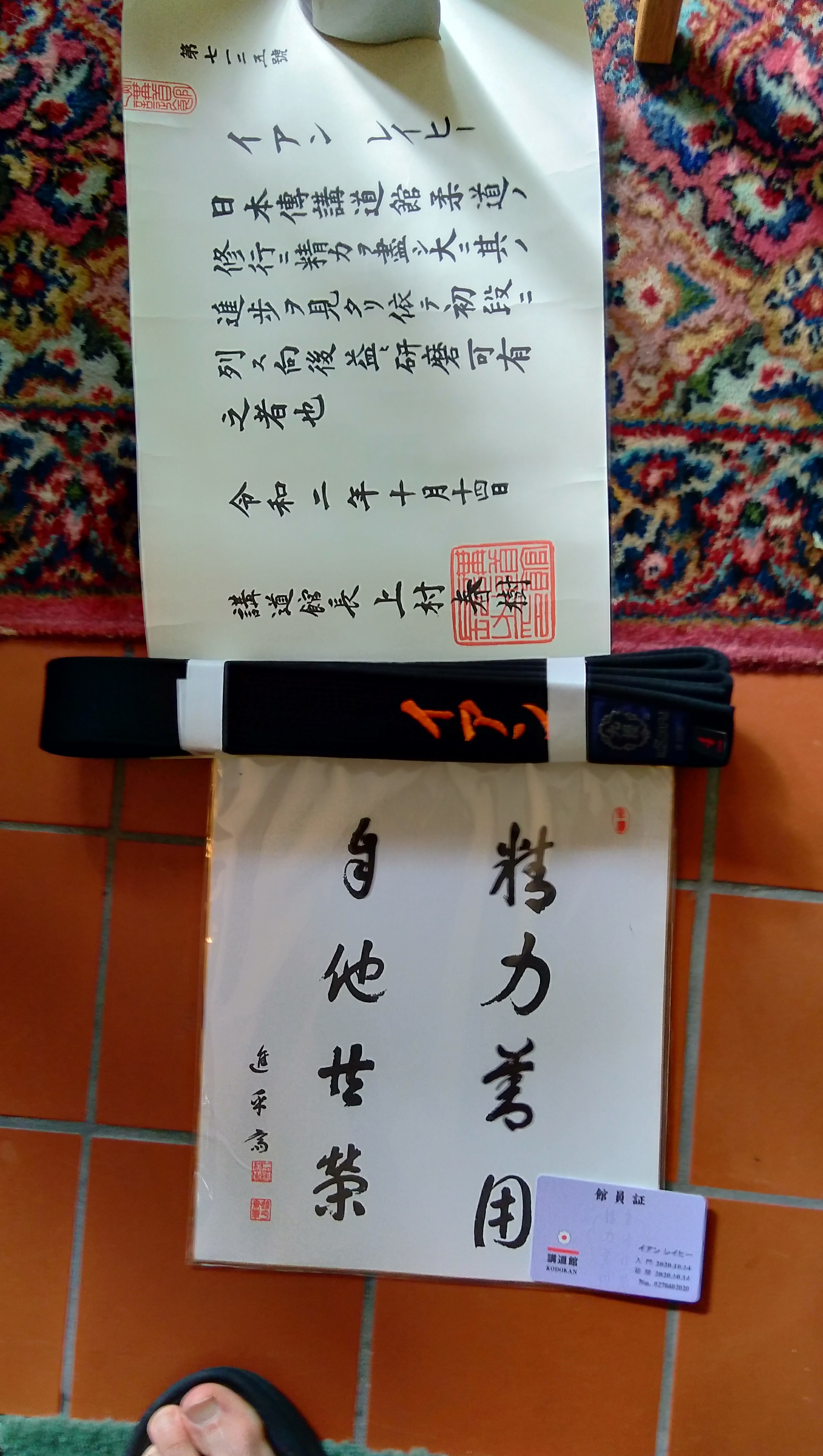 On January 2019 I went to Japan to live and train judo/bjj. Finding places to train BJJ was no problem. There were 6 or 7 places where I could train and I ended up at a place called Axis.

But judo was a different story. I found 2 places in the city for training judo. I picked one that seemed to be a little more friendly and probably because they were a few other foreigners there.

They helped me get a cultural visa to stay in Japan.

And they recommended I do the shodan shinsa test. Which was a competition to get a black belt. Shodan means 1st degree black belt.

So I did that 2 times and accumulated 2.5 points which is only .5 of a point away from having enough to get a black belt.

Getting a black belt in Japan vs. the USA

I had a green and a brown belt in the USA prior to going to Japan.

In SF city college it goes: white-green-brown-black and I think in brown you have to get a couple of degrees.

In Japan it goes white-black.

In CCSF you basically sign up to get promoted and then you do a demonstration of throws and a written test. You don’t have to compete.

If it’s your first comp. then I think you need 4 points total but after your first comp the number goes down to 3 points and even after you get the points you have to do nage no kata.

So I missed 2 competitions in Japan because they were cancelled to covid. So the budokan (local martial arts center) in Fukuoka sent a letter out to the dojos and said if you think you have someone with enough points that you would recommend for black belt then so be it.

So my dojo recommended me for black belt and that’s how I got it. From that point until I actually got it took probably 7-9 months because of covid affecting shipping.