Haha, this was a funny photo from the CCSF Christmas party, 2018. I made those shirts. I made it for sensei. I remember that he said that once and I thought it was cool.

He might have been describing a specific situation, but I thought it also sounded cool figuratively. 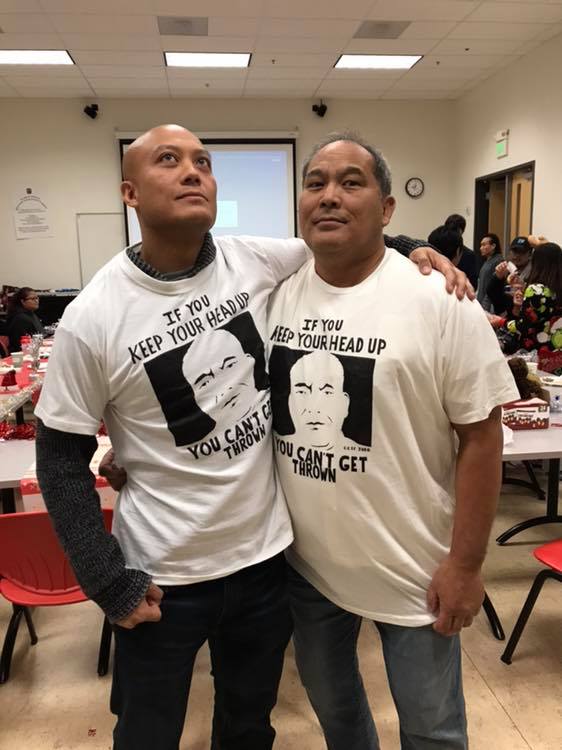 I made another and added it as a random gift in the party. I am happy that Robert chose it.

How I made it…

I did a drawing of sensei that I found on Facebook on a piece of poster board. Then I made a stencil and stenciled it with a fabric marker onto a T-shirt. It’s kind of low-tech and a bit wabi-sabi.

Not sure if he really liked it, but some people seemed to get a kick out of it.