“Not Well-Known, Yet Has Invaluable Information and…” Kyle

Towards the end of this article I’ll talk about the “bad reviews”, but now we’ll talk about why there aren’t any reviews on 3rd party sites.

But wait a second.

I’d like to point out that unlike many other courses ESLinsider actually has a lot of “reviews” if you want to call them that on its videos on Youtube. And those videos are used in ESLinsider’s courses. 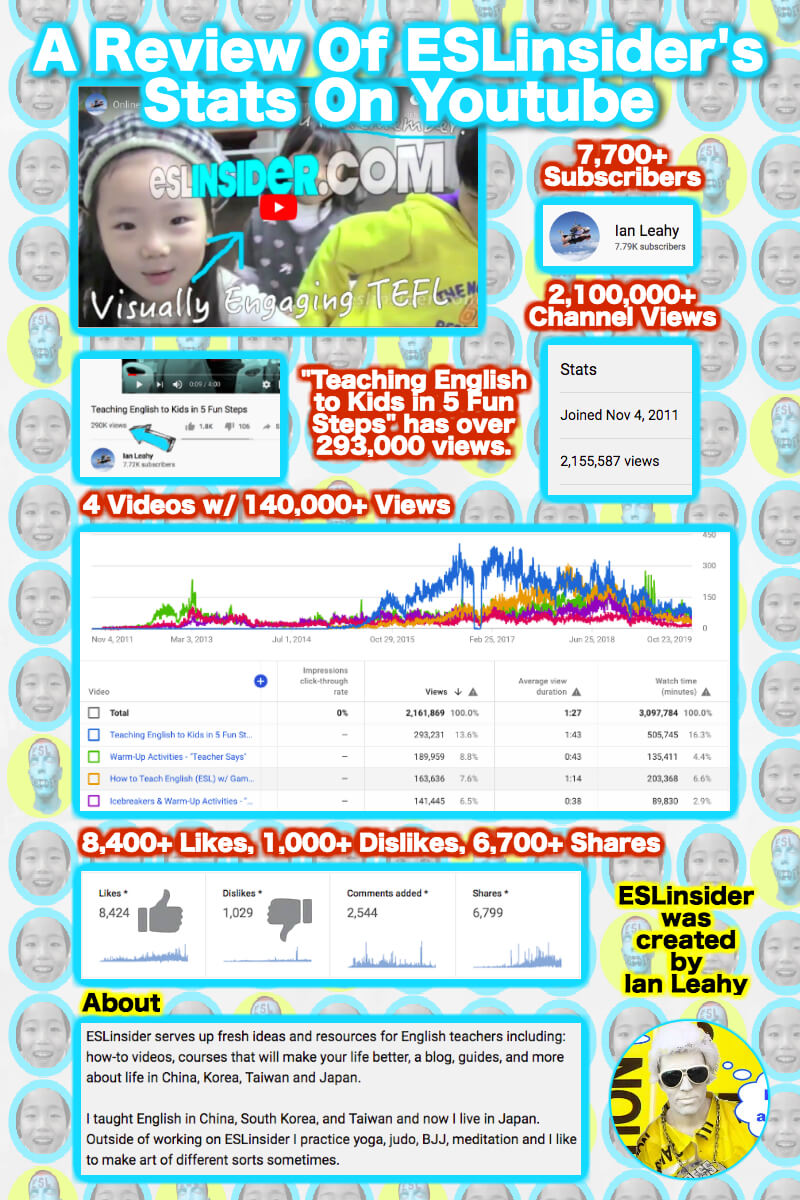 “I’m a new teacher and these videos really saved my hide (they still do) and my students like these activities a lot. I would like to thank you…” – Luiz Felipe

What about TEFL course review sites?

If you are searching for reviews on ESLinsider’s courses then I’ll assume that you are also checking out other companies too and you have probably been to some review sites like:

They make money by referral links and advertising.

You have to create an account there before people can leave reviews on your course.

I did initially create an account with either the goabroad or the gooverseas site (can’t remember which one as they look the same to me) a few years ago, but changed my mind and had it deleted for a few different reasons.

No, it wasn’t because of a bad review as I only had the account for like a week or two. But one reason was if I wanted a better position on their site and to be found there then I had to pay money.

So I decided to put the review software on my own site instead.

I don’t do affiliate marketing

Unlike most other TEFL courses, ESLinsider doesn’t have an affiliate program. Maybe I could make more money doing that, but I just don’t like it.

I don’t know about you, but to me it’s not very genuine. It’s basically like bribing people to write a review of you or link to your course.

Accreditation is another 3rd party

Accreditation in TEFL is also basically a paid review.

You may think accreditation is a sign of quality, but is it?

The question nobody seems to ask…

What do you know about the accreditor?

The idea behind accreditation may be good, but some say it doesn’t work.

I have taken two different TESOL/TEFL courses and both were accredited, but neither one was very helpful or practical.

And that’s the problem with “education”.

How many classes did you take in high school and college that were useless? I don’t know about you, but I don’t remember anything from geometry, chemistry, biology, most history classes, etc.

I have read that many of the reviews written online are fake and I wouldn’t be surprised if there are plenty of fake reviews in the TEFL course world too.

It’s not popular maybe because I didn’t do what other people did, but on the plus side I think you’ll find it to be more personable. And one of my favorite quotes by Seth Godin was…

Regardless of how you measure ‘best’ (elegance, deluxeness, impact, profitability, ROI, meaningfulness, memorability), it’s almost never present in the thing that is the most popular.

It’s been up and online since 2011. It didn’t actually start as a course. It started with how-to videos and an ebook. There was no course until late 2012. It offers online training and resources for teachers especially focused on teaching kids in Asia.

As of right now there are 27 (5 star) reviews on ESLinsider and 1 with just a 4 star rating, but no written review. I ask people if they can leave a review when they finish the course, however they aren’t obligated to.

There I do say that I may delete a review if they don’t use their name and email used in the course. But I only say that to prevent possible trolls or evil competitors from writing a malicious fake review like some of these people did below.

Does ESLinsider have any bad reviews?

Well, to be honest there are a few that were written by people who used anonymous accounts.

They didn’t take a course with ESLinsider although one of them claimed to.

One guy claimed that I was selling diplomas, perhaps he saw this drawing I did and believed it. But if you search Google for the keywords “ESLinsider diploma” you won’t find any place where you can buy a diploma.

And another guy really hated me and created the site “EslinsiderReviewS” and called ESLinsider a “spam machine” and that I “smeared” competitors which I wouldn’t be surprised if he was a competitor using an anonymous account because of his comments defending affiliate marketing and advertising.

I wouldn’t say that I “smeared” any competitor. And most of the articles of reviews of other courses that I wrote on my site aren’t actually my reviews, but quotes from other people that I took off of Youtube, Reddit and other sites where I added some comments.

Some of the articles that I have written were before I even had a course like this one on lies.

I criticized the TEFL industry then for it’s lies and still do.

I just tell it as I see it.

He also said something about a “free course scam”. I used to have a free course from about 2012 to 2016, but that was discontinued and that was mentioned in a blog post called, “Free TEFL is dead”.

He also said I did affiliate marketing referring to an old article and interview with Alex Case. You can see the link in that article is not an affiliate link and you can go ask Alex Case that.

He also criticized my “qualifications” or lack of them. True, I am not a licensed teacher, but I did graduate from Northern Arizona University and I have done 2 different TEFL/TESOL courses, but I don’t put that info on my blog because I think it’s irrelevant because they are just superficial qualifications.

There’s this other new site out there that claims to be “trusted” who wrote a fake review of my site mostly based on the above troll’s web page.

Here’s a critical email I got once:

“I understand the level of difficulty between the courses. However, in the 20 hour course, when answering the questions, the answer could be easily seen in the text that was meant to be studied.

I would suggest more of a challenge where studying the context is mandatory to correctly answering the question. Not just searching for the match to the question.
That is my personal opinion. Other then that, the material was well put. Thank you.” –
Sarah Gilbertson

My thoughts on that are why should I make it intentionally more difficult to learn? I try to make it easy not hard. Some teachers make you want to work for no good reason.

I intentionally broke up all of the text into mostly small bits because that’s a better way to learn AND I put the answer right there as I didn’t think hiding the answer would help.

“Open book open note ALL THE TIME. There is zero value in memorizing anything ever again. Anything worth memorizing is worth looking up.” – Seth Godin

“Not Well-Known, Yet Has Invaluable Information and Advice From a Great Teacher…

At first I was hesitant to take Ian’s Advanced Course, since there didn’t seem to be much information about it online. However, I can now say with full confidence that Ian has put together a masterclass catalog of teaching materials, each presented in a clear and logical way, with a great website to re-find anything if needed. The course pages seem to be frequently updated and Ian is incredibly quick to respond to submitted assignments or messages.

Direct communication with Ian is a huge plus. There are a few assignments to submit (Lesson Plans, mainly) and Ian gave me very detailed and meaningful feedback on every one. – Kyle P.

Read more reviews of ESLinsider’s online TEFL courses or ask me a question.

Also there are some reviews on a guide book that I wrote on Amazon and other related posts below: