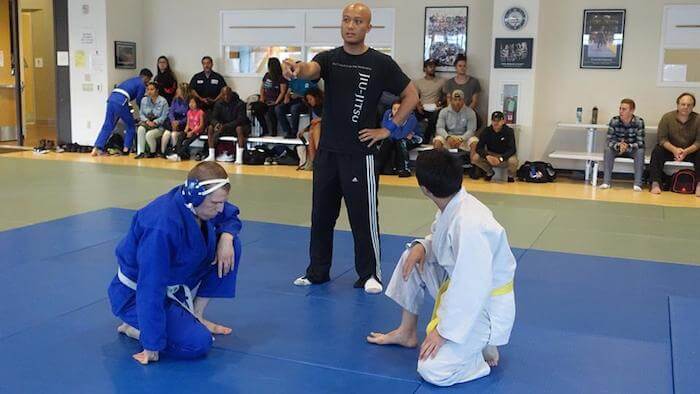 The beginning of the match. Vincent and I starting on our knees.

This video is of my 3rd jiu-jitsu competition at CCSF on Friday Aug. 21, 2017. This one we started on our knees as some of the students didn’t have much training with falling.

There were a few divisions based on weight and then one division he called blue belt which is the one that I completed in. There were maybe 5 other people in that division that included white belts like myself with quite a bit of experience, 2 judo brown belts and one jiu-jitsu blue belt. 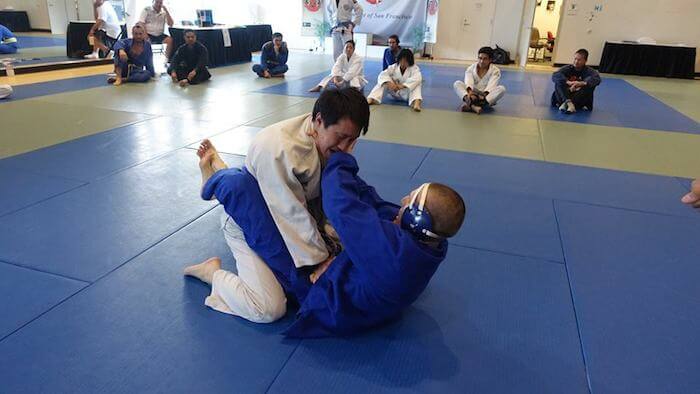 Me doing a collar choke on Vincent. I won with a collar choke like this, however I don’t think this one was the one. It doesn’t look quite deep enough.

Matches were 3 minutes long. I had one match that finished with a tie and then we went like another 4 minutes until I got a submission.

This took place at CCSF city college in San Francisco.

I won three by submission: collar choke, armbar from guard and kimura. I lost 2 by points. Sensei said I lost my last match because I didn’t attack… I played defense. 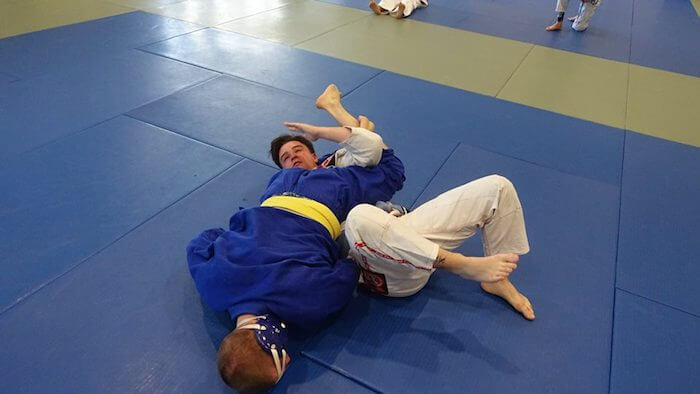 When I watched the video I look pretty half there. Friends said I looked pretty gased out. 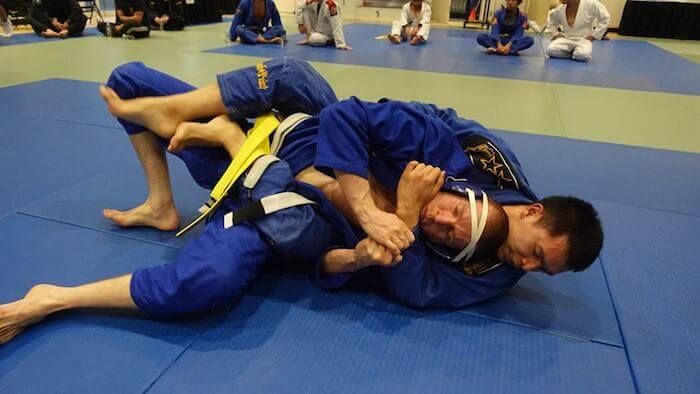 Richard taking my back.

I wasn’t sure if I was going to compete in this one as sensei asked on wednesday if I would ref. I also tweaked my back and thought it might be wise to rest, but then come Friday sensei said Robert would ref and I should compete. 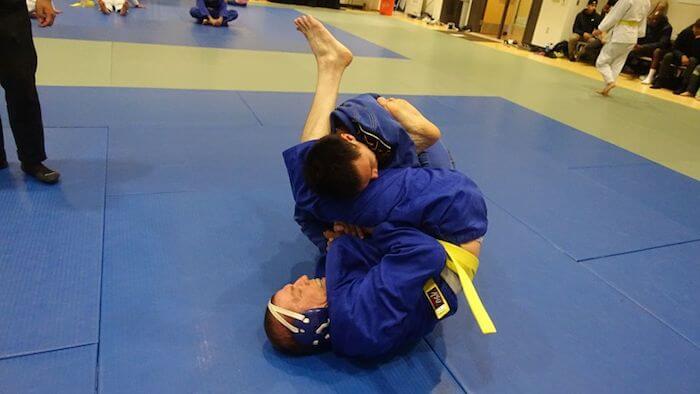 Me going for an armbar and Richard defending.

It seemed long. I did 5 matches and one lasted nearly 7 minutes.

I edited this video to make it short and just focused on some of the techniques being done. 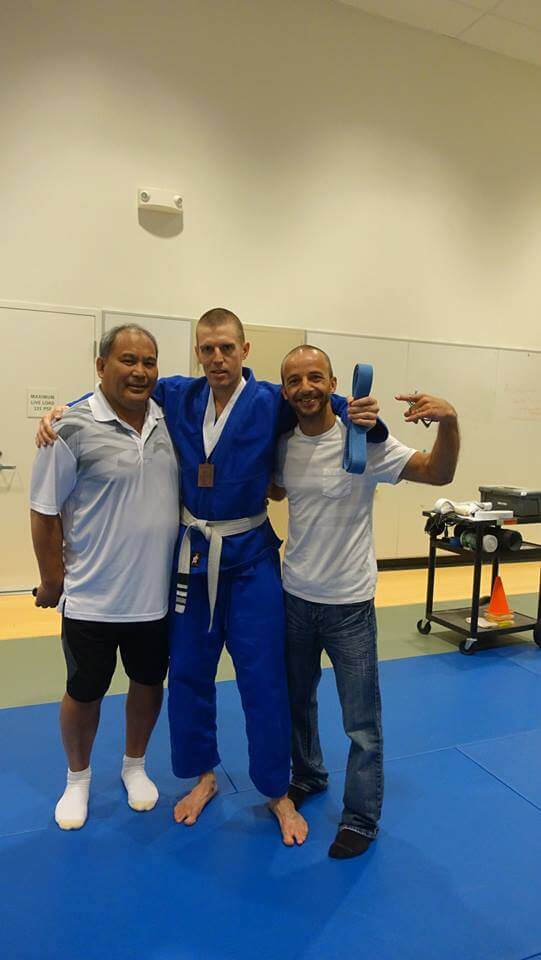 Getting promoted to blue belt. Sensei, myself and Samir. Both are judo and jiu-jitsu teachers at CCSF.

At the end of the match sensei promoted me to blue belt.